Is magic real?  Is there any REAL magic in the world? 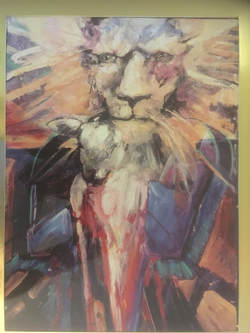 Original painting by Carol Bomer
This is a question Jeffini gets asked all the time . . . and I like to give TWO answers...

First, the magic that magicians do is only entertaining illusions and sleight of hand.  There is NO magical power behind it.  Some people want you to believe that the tricks they do come from some special magical power they have . . . but it's simply not true.

However, there is a "deeper magic" that has to do with the God of the universe who created this world and everything that exists.  He has established the laws of the universe ... laws that cannot be broken ... laws like gravity... what goes up, must come down.  These are the laws that "magicians" act like they can break and trick your eye to think they have "magically" overcome these laws.

But God, the creator of all the universe does step into our material world and perform miracles every so often.  The greatest miracle was the resurrection of His Son, Jesus Christ.  Jesus was a man who lived over 2000 years ago in the land of Palestine (modern day Israel).  He was a teacher and preacher who performed true miracles . . . not tricks.

He taught people to love others and to love God.  He was arrested for claiming to be God's Son.  He was tortured and killed.  He was buried - but three days later . . . on Easter Sunday . . . Jesus came back to life.  He defeated death (which is the greatest miracle of all).  He appeared to over 500 people for over a month and continued to teach them about God and God's Kingdom.  Then Jesus went to be with God in Heaven where he has been crowned the King of all Kings.  He has told us in the Bible that anyone who places their trust in him as their Lord and Savior will live with God and Jesus in Heaven for evermore.

You can learn more about Jesus by reading the Bible.  The Bible is actually 66 different books written by over 40 different people over the course of about 1500 years.  Yet even with so many different people and so much time, the Bible has one message - and that's the message of how God loves us and wants to have a relationship with us.  He cares for you and loves you very much.

You can learn more about Jesus and the Bible here.

This is the True Deeper Magic.  And it's the magic that Jeffini encourages every boy and girl to trust and believe.  Below is a short video that tells more about this great gift of salvation that God has for YOU!!
​ 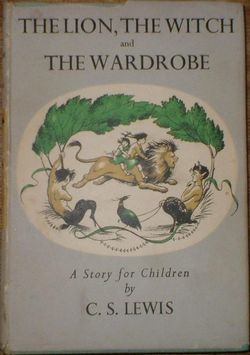 The Chronicles of Narnia is a set of books that every boy and girl should read.  The first book, The Lion, the Witch, and the Wardrobe, is terrific and tells a story that is similar to the true story of Jesus of Nazareth.  Here's a little bit of the story when it talks about the DEEPER MAGIC...

The Deep Magic was a set of laws placed into the land of Narnia by the Emperor-beyond-the-Sea at the time of its creation. It was written on the Stone Table, the firestones on the Secret Hill, and the scepter of the Emperor-beyond-the-Sea.This law stated that the White Witch, Jadis, was entitled to kill every traitor, and if someone denied her this right then all of Narnia would be overturned and perish in fire and water.

However, unknown to Jadis, a Deeper Magic from before the dawn of Time existed, which said that if a willing victim who had comitted no treachery was killed in a traitor's stead, the Stone Table would crack, and Death would start working backwards. Aslan used this ancient law to save Edmund's life, when Jadis made a claim on his life.
Trivia.

Aslan the lion sacraficed his life in order to save a young man named Edmund.  Immediately after the sacrifice of Aslan the lion, the White Witch Jadis's forces leave to prepare for battle, leaving his dead body on the Stone Table. Susan Pevensie and Lucy Pevensie came out from their hiding spot, and wept over him.

Shamed and humiliated, the girls managed to remove the muzzle from his face, but were unable to untie the cords around him. They then spent the rest of the night in a miserable daze, and cried until they could cry no longer, until eventually they returned to his body, and saw mice (ancestors to Reepicheep and Peepiceek) scampering over him. Susan had raised a hand to scare them away, but Lucy noticed that they were actually nibbling at the cords, trying to untie him.

The mice left as dawn arrived, and Susan and Lucy walked around aimlessly, as the first rays of sunrise broke the sky. They were looking at Cair Paravel when, at that moment, they heard a deafening crack. When they turned around, they saw that the Stone Table had been broken in half, and Aslan had disappeared.

Lucy asked if this was more magic, and a voice behind her answered her, telling her that it was, indeed, more magic.
When they turned around again, they saw Aslan, alive and well. They rushed to him, with Susan asking him if he was a ghost. He alleviated their fears, though, with his warm breath. To answer their question, he explained that the Witch was right, that The Deep Magic had decreed that all traitors' lives are forfeited to her, but if she had looked back before the dawn of time, she would have read a different incantation: -

"It means that though the Witch knew the Deep Magic, there is a magic deeper still which she did not know. Her knowledge goes back only to the dawn of time. But if she could have looked a little further back, into the stillness and the darkness before Time dawned, she would have read there a different incantation. She would have known that when a willing victim who had committed no treachery was killed in a traitor's stead, the Table would crack and Death itself would start working backwards."

Here's another video about trusting Jesus...
​you can find out more about videos like these at https://www.theopresents.com/